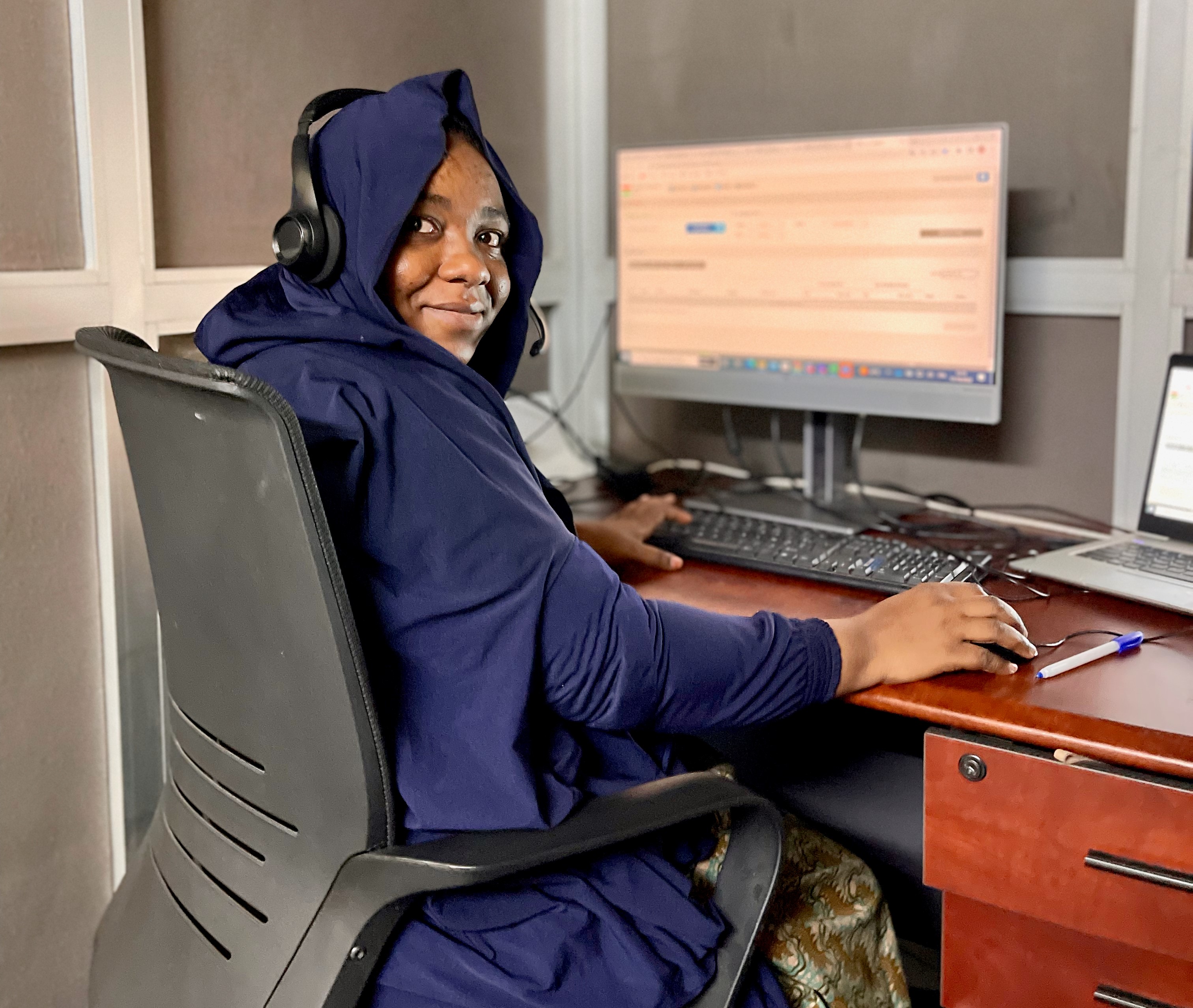 Poor infrastructure can complicate gathering data in real-time or near real-time to accurately forecast health facility needs for contraceptives and life-saving medicines. In supply chain management, the human element can be just as important when it comes to getting accurate data for decision-making.

But the USAID Global Health Supply Chain Program-Procurement and Supply Management (GHSC-PSM) project came up with a solution to bypass poor infrastructure using a system that relies on conversations between a call center attendant and health workers.

"Sometimes the most difficult situations present you with the most innovative and creative ideas," said South Sudan Country Director Danielle Wiedeman.

That was how the South Sudan Integrated Call Center was born. The way it works, an agent based in the capital, Juba, uses voice-over-internet protocol technology and the local mobile phone network to call health care personnel at service delivery points to collect stock inventories and understand trends each month.

“We intentionally keep our approach simple,” Wiedeman said. “We limit the calls to two to three minutes a month and focus on stock quantity counting [inventories] only, rather than overwhelming our facility contacts to obtain patient data to produce average monthly consumption.”

Through this method, within one-year, sites providing data in South Sudan increased by 36 percent and completed stock inventories of health commodities increased by 80 percent.

This approach expanded to 122 sites, from traditional access points, such as health facilities and hospitals, to non-traditional ones, such as internally displaced camps, community outreach initiatives, and youth centers, thanks to close collaboration with implementing partners. The greater availability of data enables the South Sudan team to better monitor stock levels to inform routine distribution plans and accurately replenish stock needs through project collaboration with distribution partners. This approach ensures movement of family planning commodities at the last mile with less risk of stockout, overstock, and expiries.

The success of the call center model led to its expansion into other countries where GHSC-PSM works, including Burkina Faso, Cameroon, Haiti, Mali, and Niger. In Niger, thanks largely to the call center, stockout rates for key commodities reduced by as much as 75 percent.

Countries with better infrastructure generally use a supply chain logistics management information system (LMIS) to gather data for decision-making. The LMIS can be paper-based, electronic, or a combination of both. When GHSC-PSM started working in South Sudan in 2017, initial discussion with partners was around establishing an LMIS. But the South Sudan team, led by John Stanton, a GHSC-PSM managing director with years of experience in resource-constrained and insecure countries, thought there must be a better way to gather data. He began considering using a private sector model, the call center, because of its successful track record in traditional marketing outreach.

"The cost differential is significant," said Stanton. "The investment is for one single call center, training at one single place, one small group of people. With an LMIS, you're training hundreds or maybe thousands of people, and those people are going to most likely resign or move within one to five years, and you're going to have to do training again, and again. Implementing an LMIS in a resource-constrained environment like South Sudan is just not a realistic objective.”

While innovative, the technology was the easy part, Stanton said.

"Although we look at gathering data as technical it's actually not the most complicated stuff to do," he said. "When you really think about it, what is challenging us? It's politics, people, and process. It's getting people to follow rules."

All call center calls are recorded, and managers know when calls are made to service delivery points, the number of attempts made, and how long the calls last. Agents follow scripts and have a certain number of calls they need to complete each day.

But there is also a less tangible, and equally important, factor at play. The person-to-person aspect is one of the elements that has helped make the call centers successful, tapping into common human behavior, said Frederick Persoons, GHSC-PSM Niger country director.

"In general, talking and engaging with a human being implies mutual respect," he said. "Regular calls result in a human relationship that is being developed over time, and the fact that the system is repetitive on a monthly basis, it really brings a level of trust that elevates the quality of the information being shared by the stock keepers, who really want to see themselves as contributing" to improving the health system.

And the data shows the results. Before the call center began operating in Niger, the percentage of service delivery points experiencing stockouts was sometimes more than 40 percent. Using the monthly inventory reports collected by the call center, GHSC-PSM started calculating monthly average consumption for each product. Since October 2021, with the support of the National Malaria Control Program, monthly deliveries were adjusted for each site based on their stock on hand and average monthly consumption of each commodity. As a result, the percentage of out-of-stock service delivery points is under 10 percent and only for a few products.

As Wiedeman said, "Creating a system where people feel they are a part of something greater than themselves is a powerful tool, and if implemented correctly, can lead to amazing results."